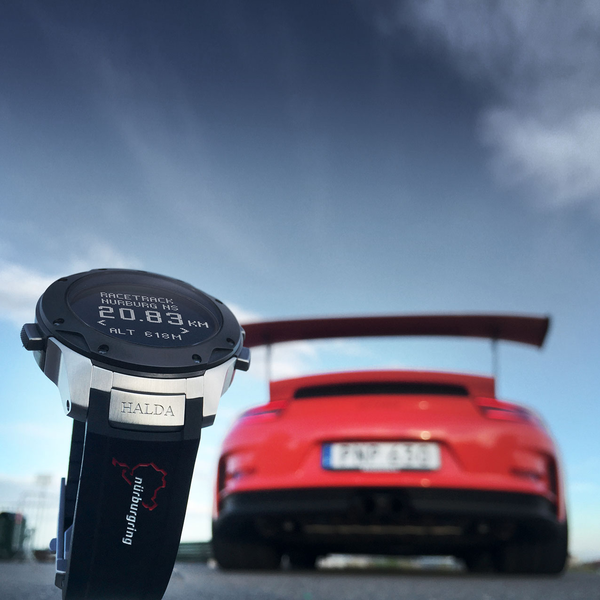 The Race Pilot has got G force measurement and it has a high accuracy three axis accelerometer. The timepiece has also got a countdown function to the race. So you just need to initiate your engines and get set go!

The Idea of Halda

The most significant slogan utilized by Halda is “Future is Interchangeable.” The Race Pilot has got two time modules that may be put into a time platform with the liking of the owner.

There are two modules in the Race Pilot. One is the mechanical and the other one is the electronic. The concept of Halda blends the aspect of mechanical watchmaking with the benefits of the modern technology. It has been given the most distinguished watch of the year award in the year 2014. It has also got the nomination for the German Design Award.

Mikael, who is the chief executive office of the Halda Watch firm will exhibit a new device manufactured by Halda on the 9th October. This device is called the Halda Trackmaster.

There will be an introduction of the Halda Trackmaster when the drivers are provided some information about the Gran Turismo Spa. The Truckmaster is known to be a GPS unit used by the army and it functions with the watch.

It inserts the Halda Race Pilot watch with data such as the position and lap time with utmost precision. The Halda Trackmaster is placed in the luxury car and it has the ability to actively interact with the watch.

The Trackmaster converts the watch into a great racing device that will enable it to be on track on various race performances to enhance the outcomes of racing. The Halda Trackmaster exhibits how the driver is performing at the finest lap. It facilitates the driver with a quick feedback on their driving by making use of the coloured LEDs.

Hence, the drivers can view and test this marvelous aspect manufactured by Halda. The current owners of the Halda Race Pilot can upgrade their watch to function with the Halda Trackmaster module at an event.